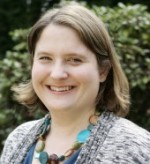 Many parents today grew up in a time when acetaminophen (or Tylenol) was touted as one of the safest over-the-counter pain medications available.  It was commonly recommended by pediatricians for relief from pain caused by teething, injury or infection, fever reduction, and even prophylactically before vaccine administration. What many parents are not aware of; however, are the potential dangers to using this medication in children. Here are 5 very good reasons to think twice before reaching for this medication.

1) Acetaminophen can cause liver toxicity (1). In children, the most common cause of toxicity is accidental overdose or chronically high dosing for an extended period of time. Although changes in the available forms for children, including removing concentrated infant drops from the market, have helped to prevent accidental overdose, the fact remains that mistakes can be made. Acetaminophen is no longer recommended for children under the age of 2, but liquid forms are still commonly purchased and administered by parents without doctor’s orders to infants under the age of 2. Unless a doctor specifically recommends this over-the-counter product for your infant, you should avoid using it.

2) Acetaminophen given before or immediately following vaccine administration may reduce the effectiveness of vaccines (2).  This may come as a surprise to many parents who are often told by their pediatrician to give their child a dose of acetaminophen before coming in for vaccines as a prophylactic pain reliever. The problem is, acetaminophen can block the normal fever response, which is an important part of developing an active antibody-mediated immune response. While acetaminophen was the only drug looked at in a 2009 Lancet study, researchers theorized that other fever-reducing medications such as ibuprofen may have similar effects, so best to avoid any fever reducing pain medications within 24 hours of vaccine administration.

3) Lowering a fever may prolong illness or increase symptoms of infection (3). While it is unlikely to cause a significant change in the course of common viral illnesses, such as cold and flu, there is evidence that acetaminophen may increase viral shedding and nasal congestion in some respiratory infections and may also prolong the rash associated with chickenpox. Most doctors agree that medications such as acetaminophen should rarely be given for their fever-reducing effects alone, since fever is part of the body’s health immune response to infection. Even in children with a history of febrile seizure, there is not sufficient evidence that administration of fever-reducing medications will actually prevent a seizure.

4) Acetaminophen is linked to increased asthma and allergies in children (4). Perhaps the biggest cause for alarm, since asthma and allergies can lead to lifelong chronic disease and increased healthcare costs for those affected. The evidence is mounting against acetaminophen showing a strong correlation and potential causal relationship between childhood or in utero exposure and later development of asthma and allergies. There is direct evidence that acetaminophen administered at recommended doses can provoke asthma attacks in those already diagnosed with asthma. We also know that this medication has negative effects on the liver, making it more risky for asthmatics on steroid medications that also affect the liver. Many doctors and researchers are now recommending that other over-the-counter pain medications may be safer than acetaminophen for most children.

5) There are better and safer alternatives! There are actually lots of options to choose from, depending on the type of discomfort you are trying to soothe. Things as simple as ice and/or heat, homeopathic remedies, and simple ingredients found in your kitchen can substitute for over the counter pain reliever in many cases. Naturopathic doctors can help you decide which home treatments to choose and arm you with helpful advice for future reference. For infants, one stand-by that I encourage parents to keep on hand are homeopathic teething tablets or drops. They can be used to soothe more than just teething pain and are a safe go-to until you can talk to your child’s doctor (as long as you use as directed on the package).

About the Author: Dr. Bowker is a Naturopathic Physician and owner of Snohomish Valley Holistic Medicine. In addition to her clinical practice, Dr. Bowker has served as a Board member for the Washington Association of Naturopathic Physicians. She has also been a guest speaker for community organizations and instructor of several community health classes. For more information, please visit her primary website: www.snovalleyholistic.com